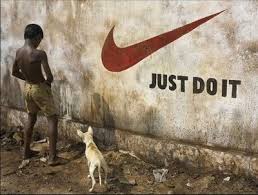 P.M. VIJENDRA RAO writes: Just the other morning, I was at the Kukkarahalli Lake in Mysore for my customary jog. I was a bit late. Even as I was beginning to soak in the post-dawn breeze, and the solitude, I spotted a hazy human figure at a distance, under the tall avenue trees behind the Kalamandira.

As I approached the figure, I found it wasn’t approaching me. It was stationary. Realizing that the man was relieving himself —a sight that is increasingly becoming common even at this awe-inspiring place—I slowed down. Then, it turned out to be a person known to me.

Unabashed, the man smiled at me and waved at me.

Unmindful of being caught in the act, he even talked the walk with me for a distance before excusing himself. He had, he said, an appointment to keep at Crawford Hall.

I was happy to take leave of the man, though not when he shook hands with me in a scene straight out of English, August.

And then I pondered.

For, the name of this person is among the many doing the rounds in University circles as a potential candidate for the vice-chancellorship. Probably, the man was desperate for a leak. Probably, he has medical issues. Probably, this is an indication of how poorly equipped our public facilities are. Probably, he didn’t expect to bump into an acquaintance.

But, all things considered, surely there is such a thing as setting an example, if there is a likelihood that you might end up running a University under whose purview the Lake lies?

Also read: Kissing isn’t part of our culture? Pissing is?